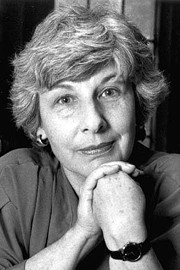 One of Australia’s foremost historians, Sheila Fitzpatrick has become a recognised expert on modern Russian history, particularly the social conditions and changes that occurred under Vladimir Lenin and Joseph Stalin.

Fitzpatrick was born in Melbourne, the daughter of a prominent journalist and a school teacher, both of whom held radical political views. She was educated at Lauriston Girls’ School and the University of Melbourne, where she majored in both history and Soviet music.

After two years of tutoring at Melbourne University, Fitzpatrick obtained a Commonwealth scholarship to study at Oxford. She completed her PhD there, graduating in 1969 after completing a thesis on Soviet education.

Over the next 40 years, Fitzpatrick lectured, taught and carried out research at a number of universities in both Britain and the United States, including Birmingham, New York, Chicago and Austin, Texas. She returned to her native Australia permanently in 2012.

Fitzpatrick’s histories are undoubtedly revisionist. They provide an overview of historical changes and events but are chiefly focused on everyday Russians. She asks what the revolution meant to them, and how it shaped and defined the way people lived.

With regard to the October Revolution, Fitzpatrick accepts that it was more coup d’etat than popular revolution. She acknowledges that while the Bolsheviks enjoyed widespread support in the major cities, the impetus for socialist revolution came from Lenin and his singlemindedness.

Fitzpatrick also focuses on the lives of Russian women, both those who played an active part in the revolution and those who simply lived through it.

“Lenin differed from many other Russian Marxists in seeming actively to desire a proletarian revolution, rather than simply predicting that one would ultimately occur. This was a character trait that would surely have endeared him to Karl Marx, despite the fact that it required some revision of orthodox Marxism.”

“Within eight months, the hopes and expectations [of the February Revolution] lay in ruins. ‘Dual power’ proved an illusion, masking something very like a power vacuum. The popular revolution became progressively more radical while the elite revolution moved towards an anxious conservative stance in defence of property and law and order.”

“It may well be that the Bolsheviks’ greatest strength in 1917 was not strict party organisation and discipline (which scarcely existed at this time) but rather the party’s stance of intransigent radicalism on the extreme left of the political spectrum. While other socialist and liberal groups jostled for position in the Provisional Government and Petrograd Soviet, the Bolsheviks refused to be coopted and denounced the politics of coalition and compromise. While other formerly radical politicians called for restraint and responsible, statesmanlike leadership, the Bolsheviks stayed out on the streets with the irresponsible and belligerent revolutionary crowd.”

“The Bolsheviks had made an absurd, undeliverable promise to the working class when they talked of a ‘dictatorship of the proletariat’. The oxymoron of a ‘ruling proletariat’, appealing though it might be to dialectical thinkers, was not realisable in the real world.”

“A minority dictatorship was almost bound to be authoritarian, and those who served as its executants were extremely likely to develop the habits of bossing and bullying that Lenin often criticized in the years after 1917.”

“Despite their reservations about sexual liberation, the Bolsheviks had legalized abortion and divorce shortly after the Revolution and were popularly regarded as enemies of the family and traditional moral values. In the 1920s, the leaders had held to the principle that state intervention in matters of private sexual morality was undesirable.”

“As a social historian, I have a long history of dissatisfaction with class as an analytical category for Soviet society and of impatience with Soviet and Western-Marxist discussions of “class consciousness”. The Russian workers whose story I know best were primarily interested in getting themselves and their children out of the working class.”

Citation information
Title: “Historian: Sheila Fitzpatrick”
Authors: Jennifer Llewellyn, Steve Thompson
Publisher: Alpha History
URL: https://alphahistory.com/russianrevolution/historian-sheila-fitzpatrick/
Date published: May 3, 2019
Date accessed: June 19, 2022
Copyright: The content on this page may not be republished without our express permission. For more information on usage, please refer to our Terms of Use.