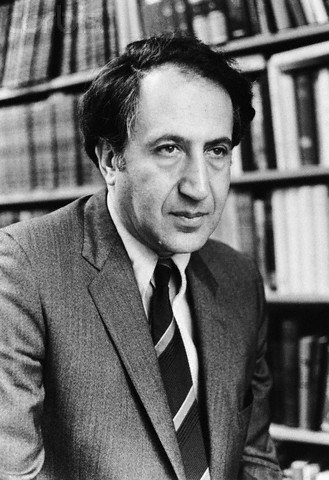 Richard Pipes was a Jewish-American historian who specialised in Tsarist Russia, the Russian Revolution and the Soviet Union. Pipes was born in southern Poland, the son of a middle-class businessman. The family later moved to Warsaw but were forced to flee the Nazi invasion in 1939. They relocated to the United States via Italy.

After serving in the US Army Air Corps in World War II, Pipes completed a history degree at Cornell University and a doctorate at Harvard. He joined the staff at Harvard in 1958 and remained there for almost four decades.

Pipes authored his first work on Russia in 1954. He began writing prolifically in the 1970s, penning works on tsarist Russia, Soviet policy and the Bolshevik turned liberal Peter Struve.

Richard Pipes’ negativity towards communism, the October Revolution, Vladimir Lenin and the Bolsheviks was both consistent and strident. He depicts Lenin as a usurper, a political thief who waited until the Provisional Government was at its weakest point then snatched power illegitimately and without a broad supporter base.

According to Pipes, violence and terror were inevitable in post-1917 Russia, partly because of socialism but mostly because of Lenin and his followers. The Bolsheviks, who had been raised on a diet of violence and oppression, ruled the only way they knew how.

In contrast, Pipes promotes Lavr Kornilov as the leader who, given support and fair dealing, might have saved Russia. He praises Kornilov’s strength and adherence to the national interest, overlooking the general’s own brutal record and links with anti-Semitism. Pipes claims the Kornilov plot of August 1917 was, in fact, the work of Alexander Kerensky.

Richard Pipes was so opposed to communism and the Soviet regime that he was hand-picked by the US government in the 1970s to lead an independent committee examining Soviet weapons levels. The Pipes committee, called Team B, claimed all kinds of Soviet military expansion and advancement, many of which were later proved false.

Despite this, Pipes was later appointed as National Security Council advisor on Soviet affairs, to president Ronald Reagan in 1981.

“It becomes apparent that the Marxist notion that revolution always results from social (“class”) discontent cannot be sustained … the decisive factors were overwhelmingly political.”

“Lenin owes his historical prominence not to his statesmanship, which was very inferior, but to his generalship. He was one of history’s great conquerors.”

“The ease with which the Bolsheviks toppled the Provisional Government has persuaded many historians that the October coup was “inevitable”. But it can appear as such only in retrospect. Lenin himself thought it an extremely chancy undertaking.”

“Marxism and Bolshevism … were products of an era in European intellectual life that was obsessed with violence. No-one embraced this philosophy more enthusiastically than the Bolsheviks: “merciless” violence, violence that strove for the destruction of every actual and potential opponent, was … the only way of dealing with problems.”

“The Cheka and its successors assimilated the practices of the tsarist secret police to such an extent that as late as the 1980s, the KGB distributed to its staff manuals prepared by the Okhrana nearly a century earlier.”

“Stalin was a true Leninist in that he faithfully followed his patron’s political philosophy and practices. Every ingredient of what has come to be known as Stalinism save one – murdering fellow Communists – he had learned from Lenin.”

Citation information
Title: “Historian: Richard Pipes”
Authors: Jennifer Llewellyn, Steve Thompson
Publisher: Alpha History
URL: https://alphahistory.com/russianrevolution/historian-richard-pipes/
Date published: May 3, 2019
Date accessed: June 18, 2022
Copyright: The content on this page may not be republished without our express permission. For more information on usage, please refer to our Terms of Use.