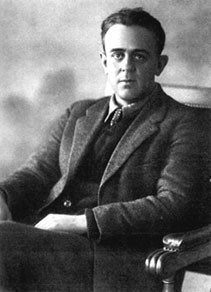 John Reed was more journalist than historian and his popular Russian Revolution book, Ten Days that Shook the World, is more partisan commentary than history. Written in 1917-18 and published the following year, it recalls the October Revolution from the first-hand experience of a Westerner with socialist sympathies.

Reed was born in Portland, Oregon in the north-western United States. His father was a successful businessman and the Reeds lived comfortably enough to have servants and enrol their children in private schools.

After graduating from high school, Reed enrolled at Harvard, obtaining his degree in 1910. After a period of travel through Europe, he relocated to New York to work as a freelance journalist.

While working for a left-wing magazine called The Masses, Reed was exposed to the problems and conditions endured by industrial workers. In 1914, he reported on the Ludlow Massacre, a mass shooting of striking miners in Colorado. This strengthened his radical political views and he aligned with a socialist union, the Industrial Workers of the World (IWW).

After covering World War I, Reed travelled to Russia in the summer of 1917. They arrived just after the Kornilov affair, at a time when the Provisional Government was in its last throes and a Bolshevik revolution was predicted.

Given his political leanings, it is unsurprising that Reed’s account is sympathetic to the Bolsheviks and their cause. He portrays their leaders – particularly Vladimir Lenin, Leon Trotsky and Grigory Zinoviev – in a favourable light and suggests they enjoyed extensive support among ordinary Russians.

When Reed’s book was published in 1919 it contained a foreword from Lenin himself, who commended it to “the workers of the world”. Joseph Stalin later banned Reed’s text, probably because it only mentioned him once but heaped praise on Trotsky.

Reed was still in Russia when he died of typhus in 1920. He was subsequently buried inside the walls of the Kremlin, the only American to receive this honour. Reds, an Oscar-winning film depicting Reed’s life and adventures in Russia, was made in 1981.

“The Russian workman is revolutionary, but he is neither violent, dogmatic, nor unintelligent. He is ready and willing to fight his oppressor, the capitalist class, to a finish. But he does not ignore the existence of other classes. He merely asks that the other classes take one side or the other.”

“The propertied classes wanted merely a political revolution, which would take the power from the Tsar and give it to them. They wanted Russia to be a constitutional Republic, like France or the United States; or a constitutional Monarchy, like England. On the other hand, the masses of the people wanted real industrial and agrarian democracy.”

“Russia was in a state of solution. As long ago as 1905, the process begun; the March Revolution had hastened it … but perpetuated the hollow structure of the old regime. Now, however, the Bolsheviki, in one night, had dissipated it, as one blows away smoke. Old Russia was no more.”

‘In this atmosphere of corruption, of monstrous half-truths, one clear note sounded day after day, the deepening chorus of the Bolsheviki, “All Power to the Soviets! All power to the direct representatives of millions on millions of common workers, soldiers, peasants. Land, bread, an end to the senseless war, an end to secret diplomacy, speculation, treachery. The revolution is in danger and with it, the cause of people all over the world!”

“Instead of being a destructive force, it seems to me that the Bolsheviki were the only party in Russia with a constructive program and the power to impose it on the country.”

“So, Lenin and the Petrograd workers had decided on insurrection, the Petrograd Soviet had overthrown the Provisional Government and thrust the coup d’etat upon the Congress of Soviets. Now there was all great Russia to win – and then the world! Would Russia follow and rise? And the world – what of it? Would the peoples answer and rise, a red world-tide?”

“The grand idea of the domination of the worker and peasant democracy closed the ranks of the army and hardened its will. All the country from now on will be convinced that the power of the Soviets is no ephemeral thing but an invincible fact… The repulse of Kerensky is the repulse of the land-owners, the bourgeoisie and the Kornilovists. The repulse of Kerensky is the confirmation of the right of the people to a peaceful free life, to land, bread and power.”

“For the first few months of the new [Bolshevik] regime, in spite of the confusion … when one hundred and sixty millions of the world’s most oppressed peoples suddenly achieved liberty, both the internal situation and the combative power of the army actually improved.”

“In the struggle, my sympathies were not neutral. But in telling the story of those great days I have tried to see events with the eye of a conscientious reporter, interested in setting down the truth.”

Citation information
Title: “Historian: John Reed”
Authors: Jennifer Llewellyn, Steve Thompson
Publisher: Alpha History
URL: https://alphahistory.com/russianrevolution/historian-john-reed/
Date published: May 3, 2019
Date accessed: October 16, 2021
Copyright: The content on this page may not be republished without our express permission. For more information on usage, please refer to our Terms of Use.