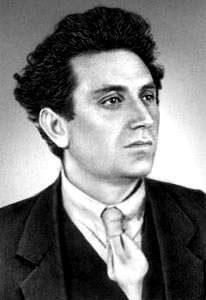 Grigory Zinoviev (1883-1936) was a founding member of the Bolsheviks. A close ally of Vladimir Lenin, he participated in party decision-making at the highest levels.

Zinoviev was born Hirsch Apfelbaum in Yelizavetgrad, now Kropyvnytskyi, a city in central Ukraine. His parents were both Jewish dairy farmers who home-schooled Hirsch while training him in farming.

Apfelbaum began working as a clerk in 1897. He later became involved in the union movement and interested in Marxist politics, joining the Social Democrats in 1901. Shortly after, he began using the adopted name Grigory Zinoviev.

Zinoviev joined the Bolshevik faction on its formation in 1903 and became one of Lenin’s closest aides. He joined the group’s Central Committee in 1907 and remained by Lenin’s side through much of his foreign exile.

In April 1917, Zinoviev returned to Russia with Lenin. By September, both Zinoviev and Lev Kamenev were resisting Lenin’s push for an armed insurrection against the Provisional Government. Lenin condemned both as “deserters”, though his relationship with them was gradually restored after the October Revolution.

In 1918, Zinoviev was given virtual control of Petrograd. Several times he had to organise the defence of the city against counter-revolutionaries. In March 1919, he was elected to the Politburo and chairman of the Comintern, the Soviet agency responsible for fostering and supporting international revolution abroad.

Zinoviev was known as a moody and irascible character, hard to like and work with. He had a particularly difficult relationship with Leon Trotsky, who had low regard for Zinoviev. After Lenin’s death, Zinoviev sided with Joseph Stalin and Kamenev against Trotsky, aiding Stalin’s rise to power.

Stalin moved against Zinoviev and Kamenev in late 1927, orchestrating their expulsion from the party. They were readmitted to the party briefly in 1933 but were arrested in the following year. In August 1936, Zinoviev was accused of involvement in the assassination of Sergei Kirov. He was given a show trial then quickly executed.