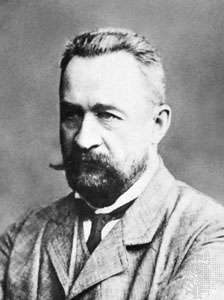 Georgy Lvov (1861-1925) was a Russian aristocrat, a liberal politician and the nation’s first post-tsarist prime minister.

Georgy Yevgenyevich Lvov was born in the German city of Dresden, the son of a wealthy nobleman who owned vast tracts of land in Russia’s Tula province. Georgy was educated at Moscow University before returning home to manage the family’s land holdings.

Lvov became involved in politics through election to his local zemstvo. He helped organise and coordinate the zemstvos to provide aid for wounded soldiers during and after the Russo-Japanese War.

In 1905, Lvov joined the Constitutional Democrats or Kadets. He did so reluctantly as his political views were more conservative than liberal. Lvov was a strident critic of Tsar Nicholas II and his handling of the war effort, however, and he wanted to make the government more responsible and accountable.

Lvov sat in the Duma from its formation in 1906. In March 1917, he was elected as the Provisional Government‘s first prime minister. He remained in power for just over four months, a period of turmoil and considerable difficulty.

As prime minister, Lvov refused to take action against radical parties like the Bolsheviks or the dissident Petrograd Soviet. With regard to the war, he supported maintaining the status quo – Russia’s continued involvement in the war – until a war policy could be finalised by an elected constituent assembly.

Following the July Days uprising and the Provisional Government’s collapse in July 1917, Lvov resigned as prime minister in favour of Alexander Kerensky. He retired to his estate in Tura where he was arrested by the Bolsheviks but later escaped to White-controlled Omsk.

In 1918, Lvov travelled to the United States to seek American military intervention in the Russian Civil War. He later settled in Paris, living in comparative poverty until his death in March 1925.