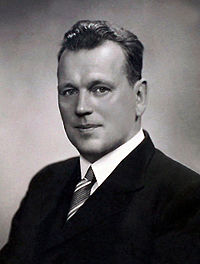 Fyodor Raskolnikov (1892-1939) was a Russian naval officer who became a leader in the Kronstadt Soviet and a significant figure in the Bolshevik movement.

Raskolnikov was born in St Petersburg, the illegitimate son of an Orthodox priest and the daughter of a military officer. He received a good education and joined the Bolshevik movement after graduating in 1910.

During the 1910s, Raskolnikov worked on the radical newspapers Zvezda and Pravda. This brought him to the attention of the tsarist police and he was exiled in northern Russia until his release in 1913.

Raskolnikov joined the navy at the outbreak of World War I and gained a commission as a junior officer. He continued his radical political activities in the navy, producing a Pravda-like newspaper while stationed on the island fortress of Kronstadt.

Raskolnikov’s propaganda and leadership were instrumental in radicalising the sailors stationed at Kronstadt. In 1917, he twice led a contingent of Kronstadt sailors into Petrograd with the intent of providing military support to the Bolsheviks.

After the October Revolution, Raskolnikov was deployed to crush opposition to the Bolsheviks in Moscow and Kazan. He married writer Larissa Reisner, herself a notable Bolshevik, and was captured by the British in late 1918. He was released as part of a prisoner exchange.

In 1920, Raskolnikov was appointed the commander of the Baltic Fleet. The Kronstadt Rebellion occurred under his command. He later served as a Soviet diplomat in Afghanistan, Estonia and Bulgaria.

Fyodor Raskolnikov died in France in September 1939 after reportedly falling out of a window. It is likely he was killed by Soviet agents on the orders of Joseph Stalin.