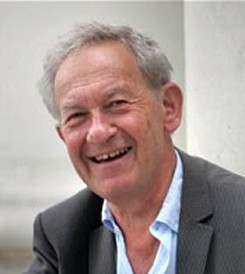 Simon Schama is one of a rare breed: a celebrity-historian. Known to the public for historical television documentaries, he is also a prominent writer, both for academia and the popular market.

Schama’s 1989 account of the French Revolution, Citizens, was written on a publisher’s commission for release on the 200th anniversary of the outbreak of the revolution. In Citizens, Schama returns to the epic narrative employed by historians like Carlyle. Despite his focus on people and events, Schama’s own interpretations are evident beneath the story.

He is more sympathetic to the ancien regime than traditional historians, seeing it not as stagnant and devoid of reform but full of modern ideas, invention, innovation and dynamic change. The much-demonised Louis XVI (who Schama describes as “lively”) and his wife Antoinette are treated with less hysteria.

The French aristocracy are also given friendlier treatment, Schama describing them as a “fluid and heterogenous” class who had embraced capitalism. French elites were changing with the times. They had embraced progress and modernisation, and social mobility was increasing; they were not clinging stubbornly to feudalism as so often depicted.

Shunning the Marxist perspectives that dominated the mid-20th century, Schama sees the revolution as a product of the middle classes. They sought to improve the well being of all people based on abstractions and utopian ideals. He thinks the causes of the revolution were weak and confected. It was begun by what he calls a “literary conspiracy”, cooked up in the salons and political clubs.

Once the revolution was underway, violence became its great driving force; once violence was used to manufacture political change, it was destined to be used again. This violence expanded and consumed many of the revolutionaries themselves during the Reign of Terror, which is where Schama conveniently ends his book.

Schama’s tone is undoubtedly conservative and reactionary, reminiscent of Edmund Burke or Alexis de Tocqueville. His Marxist critics have pointed to elements of hypocrisy in Schama’s arguments. He denies the importance of social structure and class as causes of revolution, yet spends some time discussing each. He also decries violence yet celebrates when the Hebertists are beheaded or when Corday assassinates Marat, a figure Schama loathes.

“A noble was nothing more than a successful bourgeoisie.”

“The one thing the Constituent Assembly was manifestly not was bourgeois.”

“This book attempts to confront directly the painful problem of revolutionary violence. Anxious lest they give way to sensationalism, or be confused with counter-revolutionary prosecutors, historians have erred on the side of squeamishness in dealing with this issue. I have returned it to the centre of the story since it seems to me that it was not merely an unfortunate by-product of politics or the disagreeable instrument by which other more virtuous ends were accomplished… In some depressingly unavoidable sense, violence was the Revolution itself.”

“[The revolution] depended on organised killing to accomplish political ends.”

“It seems to me that much of the anger firing revolutionary violence arose from hostility towards modernisation, rather than impatience with the speed of its progress.”

“It was in these [political] clubs that the dichotomy in the character of the French Revolution was most starkly exposed. The rage which bounced off the crossed daggers and production line busts of Brutus, the table-pounding choruses of Ca, Ira! and “All the aristocrats will hang” corresponded exactly to the kind of anti-capitalist, anti-modernist fury that antedated the Revolution.”

This French Revolution site contains articles, sources and perspectives on events in France between 1781 and 1795. This site is created and maintained by Alpha History. It contains 231,430 words in 354 pages and was updated on September 8th 2020. For more info, visit our FAQ page or Terms of Use.