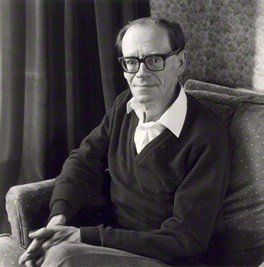 Perspective: ‘History from below’

British historian Richard Cobb was one of the 20th century’s best-known historians of modern France.

Born in England during World War I, Cobb spent a gap year in France before commencing studies at Oxford. He fell in love with France and lived there extensively, in between academic tenures in England.

Like the socialist historians who prevailed in the mid-1900s, Cobb looked at revolutionary events and conditions ‘from below’. His approach, however, was not shaped or limited by Marxist ideology. Cobb was broadly sympathetic to the work of Marxist historians but refused to be constrained by them, preferring to find his own answers.

Cobb was a meticulous researcher who turned up interesting and difficult to find sources. He used these sources to ascertain the motives, incentives and actions of ordinary French people.

Cobb’s first significant work, The People’s Armies, examined the  composition, actions and influence of the sans culottes militias of 1793. Later works explored the political and social dimensions of the revolution.

“France was far from being the most oppressive society in Europe. By 1789 the infamous lettres de cachet were used less against the crown’s political opponents than against sexual deviants and family miscreants. The press was not entirely free but it was free enough to have produced the Enlightenment.”

“In the summer crisis of 1789, some liberal nobles like Lafayette and Noailles made common cause with the radical demands of the Third Estate. Most probably never dreamed that subsequent events would end their dominance within society. The Revolution was a rude shock.”

“[The Duke of] Orleans’ weak character, his dissolute ways, intellectual mediocrity and lack of determination made him ill-suited to the role of opposition leader and scheming pretender. But this did not prevent him from playing an important political role.”

“The seigneurial system was severely criticised in the last decades of the Ancien Régime. Some philosophes condemned residual elements of personal servitude as contrary to human dignity. Economic thinkers attacked feudalism on the grounds that it stifled economic individualism and hindered progress… However, all educated criticism was muted because seigneuries were a form of property and therefore almost sacred.”

Citation information
Title: “Historian: Richard Cobb”
Authors: Jennifer Llewellyn, Steve Thompson
Publisher: Alpha History
URL: https://alphahistory.com/frenchrevolution/historian-richard-cobb/
Date published: October 6, 2018
Date accessed: May 28, 2020
Copyright: The content on this page may not be republished without our express permission. For more information on usage, please refer to our Terms of Use.

This French Revolution site contains articles, sources and perspectives on events in France between 1781 and 1795. This site is created and maintained by Alpha History. It contains 230,541 words in 354 pages and was last updated on May 27th 2020. For more info, visit our FAQ page or Terms of Use.