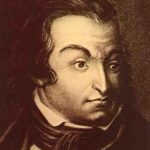 Antoine Fouquier-Tinville (1747-1795) was a Picardy lawyer turned criminal prosecutor. In March 1793, he was appointed as chief public prosecutor in Paris’ Revolutionary Tribunal. Though given to adversarial flair and legal terminology, Fouquier-Tinville had little regard for the principles and procedures of French law. His mission was to secure guilty verdicts and execution warrants for all presented to the Tribunal – and to do so as quickly as possible. In late October, during the first weeks of the Reign of Terror, Fouquier-Tinville prosecuted a matter that lasted several days. Frustrated, he wrote to the National Convention, complaining that witnesses, defence statements and other courtroom conventions were impeding the work of the Tribunal. His letter, which appeared in Le Moniteur Universel on October 30th 1793, was a portent of the Law of 22 Prairial the following June:

“The slowness of the procedures of the Revolutionary Tribunal obliges us to present to you a few observations. We have given sufficient proof of our revolutionary zeal to enable us not to fear an accusation of negligence – but we are impeded in our work by the forms prescribed by the law.

The trial of the deputies whom you have accused began five days ago, yet only nine witnesses have yet been heard. In giving evidence, each would tell their own history of the Revolution. The accused them replies to the witnesses, who respond in their turn.

A discussion, which the verbosity of the prisoners renders extremely long, is then begun. And after such private debates, does not each of the accused wish to deliver a general speech for the defence?

This trial, therefore, will be interminably long. Besides, it should be asked: why should we have witnesses? The Convention, the whole of France, accuses these men. Proofs of their crimes are evident and everyone is convinced that they are guilty.

The Tribunal can do nothing by itself – it is obliged to follow the law. It rests with the Convention to do away with all the formalities which impede its work.”

This French Revolution site contains articles, sources and perspectives on events in France between 1781 and 1795. This site is created and maintained by Alpha History. It contains 230,541 words in 354 pages and was last updated on January 27th 2020. For more info, visit our FAQ page or Terms of Use.