Bernard de Launay (1740-1789) was a royal military officer, the last governor of the Bastille fortress and one of the first notable casualties of the French Revolution. 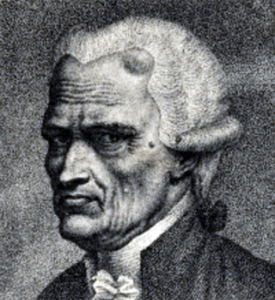 De Launay was actually born within the walls of the Bastille, his father having served as its governor during the 1740s. He obtained a commission in the Parisian garrison and in 1776 purchased the office of Bastille governor.

De Launay’s 13-year governorship of the royal fortress and prison was unremarkable until July 1789, when a large crowd surrounded the building demanding access to the armoury.

At this point there was some negotiation, after which De Launay’s men opened fire on the crowd, killing and wounding numerous people. It is unknown whether de Launay gave the order to fire but those outside the prison held him directly responsible.

Later reports suggested that de Launay panicked and acted irrationally and unpredictably. He eventually surrendered the fortress and was seized by the mob, who resolved to carry him to the Hotel de Ville for trial. Instead, an incident on the way led to de Launay being murdered and decapitated.

De Launay’s corpse was dismembered and his head and other body parts were paraded through the city atop pikes.

Citation information
Title: “Bernard de Launay”
Authors: John Rae, Steve Thompson
Publisher: Alpha History
URL: https://alphahistory.com/frenchrevolution/bernard-de-launay/
Date published: May 14, 2017
Date accessed: January 23, 2023
Copyright: The content on this page may not be republished without our express permission. For more information on usage, please refer to our Terms of Use.