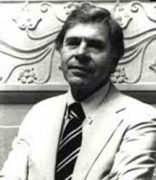 Books: The American Liberals and the Russian Revolution (1962), The New Radicalism in America (1965), The Agony of the American Left (1969), The World of Nations (1973), The Culture of Narcissism: American Life in an Age of Diminishing Expectations (1978).

Christopher ‘Kit’ Lasch was an American historian and an exponent of the Revisionist school of Cold War historiography.

Lasch was born to an educated family in Nebraska; his father Robert was a Rhodes scholar and notable journalist, his mother Zora a doctorate-holding teacher. Lasch completed an undergraduate degree at Harvard, where he roomed with noted historian John Updike. He later studied at Columbia under another prominent historian, Richard Hofstadter.

In 1956, Lasch married Nellie Commager, daughter of famed American historian Henry Steele Commager. After graduation from Columbia, he taught at several colleges, including Williams College and the University of Iowa. In 1970, Lasch took a professorship at New York’s University of Rochester. He remained there until his death from cancer in 1994.

Historiographically, Lasch began his academic life as a Marxist. Unsurprisingly, his views on the Cold War were Revisionist: he saw the United States as an aggressive world power, committed to maintaining and expanding its economic dominance. Lasch is sharply critical of Orthodox perspectives of the Cold War which, like American policy, were forged in the tumultuous late 1940s.

During the 1960s, Lasch emerged as a prominent critic of American liberalism; this remained a central theme in his writings. America’s liberals and progressives, he argued, had ‘sold out’ their values during the Cold War, in return for comfortable positions within the establishment. He attacked them for failing to criticise and oppose American foreign policy, during the Cold War generally and the Vietnam War specifically.

In his 1978 book The Culture of Narcissism, Lasch attacked post-war society in the United States, particularly its excessive focus on individualism. This book was a nationwide best-seller, prompting a great deal of public debate and earning the endorsement of president Jimmy Carter.

“The scope of Revisionism has been steadily widening. Some scholars are beginning to argue that the whole course of American diplomacy since 1898 shows that the United States has become a counter-revolutionary power, committed to the defence of a global status quo.”

“Revisionist historians are arguing that the United States did as much as the Soviet Union to bring about the collapse of the wartime coalition. Without attempting to shift the blame exclusively to the United States, they are trying to show, as Gar Alperovitz puts it, that ‘the Cold War cannot be understood simply as an American response to a Soviet challenge, but rather as the insidious interaction of mutual suspicions, blame for which must be shared by all’.”

“In liberal eyes, the right-wingers made the crucial mistake of assuming that American actions had been decisive in shaping the post-war world. Attempting to rebut this devil theory of post-war politics, liberals relied heavily on the argument that the shape of post-war politics had already been dictated by the war itself, in which Western democracies had been obliged to call on Soviet help in defeating Hitler. These events, they maintained, had left the Soviet Union militarily dominant in Eastern Europe and occupying a position of much greater power, relative to the West.”

“For 20 years Americans have been told that their country is an open society and that communist peoples live in slavery. Now it appears that the very men who were most active in spreading this gospel were themselves the servants… The whole show was all arranged behind the scenes by men who believed that ‘the Cold War was and is a war fought with ideas instead of bombs’.”

“The degeneration of politics into spectacle has not only transformed policymaking into publicity, debased political discourse and turned elections into sporting events… it has also made it more difficult than ever to organise a political opposition. When the images of power overshadow the reality, those without power find themselves fighting phantoms.”

“George Orwell’s contention was that it is a sure sign of trouble when things can no longer be called by their right names and described in plain, forthright speech.”

“Our society labours in the grip of two great, paralysing fears: fanaticism and tribal warfare… In a century dominated by fascism and communism, this fear is understandable.”

“The hope of a new politics does not lie in formulating a left-wing reply to the right-it lies in rejecting conventional political categories.”

“He [Mikhail Gorbachev] is a bold, imaginative politician, compared with whom our own leaders are pygmies. But boldness and imagination have been thrust on him… These qualities define his creative response to defeat, to the crisis that now confronts the Soviet state, both abroad and at home.”

“We don’t have to join the celebration of the free market to see that the masses in Eastern Europe and Russia no longer have much faith in socialism.”

“If the West can be said to have won the Cold War, the United States can hardly be said to have shared in the fruits of that victory… Nations unburdened by large military expenditures, notably West Germany and Japan, have shot ahead of us in their productive capacity, taken over markets formerly dominated by American exports and invaded the domestic market in the final indignity.”