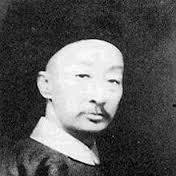 Ronglu came from a Manchu family with a long history of military service to Qing emperors. He was a cousin, childhood friend – and according to some sources, a former lover – of Dowager Empress Cixi.

Ronglu’s connections and his enduring loyalty to Cixi saw him awarded a string of important military and political appointments. In 1898 Ronglu collaborated with Cixi to short-circuit the Guangxu Emperor’s Hundred Days reforms.

His support for the Dowager Empress during the Boxer Rebellion, however, was more lukewarm. When Cixi gave orders for Qing armies to align with the Boxers, Ronglu recognised the folly of this plan. Siding with Yuan Shikai, Ronglu refused to implement Cixi’s orders; instead, he maintained anti-Boxer operations and mounted a defence of Beijing and the foreign legations.

After the rebellion, Ronglu launched reforms to further modernise the Qing military. He died in March 1903.

Citation information
Title: “Ronglu”
Authors: Glenn Kucha, Jennifer Llewellyn
Publisher: Alpha History
URL: https://alphahistory.com/chineserevolution/ronglu/
Date published: January 6, 2016
Date accessed: October 18, 2021
Copyright: The content on this page may not be republished without our express permission. For more information on usage, please refer to our Terms of Use.