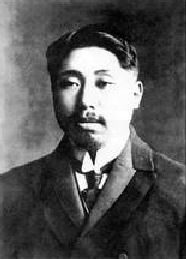 Born in Hunan province, Huang was a successful scholar who passed the imperial examinations while only in his early 20s. He then travelled to Japan, where he met Sun Yixian and studied Japanese and Western military methods and tactics.

Huang became involved in anti-Qing republican groups, eventually becoming a foundation member of the Tongmenghui. In April 1911 Huang, leading a group of young militiamen, attempted to overthrow the Qing governor in Guangzhou; the rebellion failed but provided the impetus for another uprising in Wuchang later that year.

Huang’s contribution as a military commander was important to the success of the Xinhai Revolution. After the Qing abdication, he served briefly in the interim government, however, the rise of Yuan Shikai forced Huang into exile in the United States.

He returned to China in 1916 but died just a few weeks later.