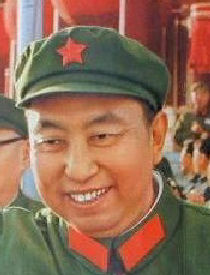 Hua Guofeng (1921-2008) was a communist revolutionary and politician who became a significant leader after the death of Mao Zedong in 1976.

Born Su Zhu in Shanxi province, Hua joined the Chinese Communist Party (CCP) and became a veteran of the Red Army and the Long March. During the 1940s, he served both as a soldier and party propagandist before being posted to Hunan province.

For two decades, Hua worked as a regional CCP official in Hunan. He demonstrated his loyalty to Mao Zedong by producing literature and propaganda praising the chairman and his policies, including the Great Leap Forward. Hua also defended Mao’s economic policies at the Lushan plenum in 1959. This loyalty earned him Mao’s favour and support.

Hua’s profile was further increased when he played a leading role in promoting the Cultural Revolution in Hunan. In the early 1970s, Hua was summoned to the capital, elevated to the Central Committee and Politburo, and put in charge of national agriculture.

In 1975, he was named as vice premier, becoming premier after the January 1976 death of Zhou Enlai. This was a remarkable rise for a simple provincial politician who was comparatively unknown a few years before.

Hua remained loyal to Mao and the Cultural Revolution until Mao’s death in 1976. After this Hua, fearing a possible coup organised and authorised the arrest of the Gang of Four. He became head of the CCP and the de facto national leader of China until 1981 when Hua’s adherence to certain Maoist policies saw him ousted by Deng Xiaoping.

Hua remained involved in national and party politics until shortly before his death in 2008.