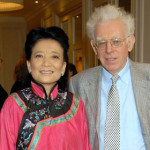 Nationality: British (Chang was born in China, Halliday in Ireland)

Profession: Chang is a writer and biographer, Halliday an academic and historian

Jung Chang and Jon Halliday are married historians who have written several significant works on 20th century China. Chang herself is of Chinese origins, born in Sichuan province to prominent Chinese Communist Party members. As a teenager Chang experienced the Cultural Revolution first hand, expressing her loyalty to Mao Zedong and briefly joining the Red Guards. The Cultural Revolution saw Chang’s parents attacked and marginalised, however, and she gradually lost faith in Mao and the communist movement. Her best selling book Wild Swans, published in 1992, sold more than 10 million copies. It was one of the first examples of scar literature read widely in Western countries. Chang and her husband, Irish historian Jon Halliday, later collaborated on the 2005 book Mao: the Unknown Story. This text was scathing in its condemnation of the Mao, attacking his leadership, personal conduct and indifference to the suffering of ordinary Chinese.

Chang and Halliday have portrayed Mao as a slovenly dictator with no interest in the peasantry, other than exploiting them for his own profit, political gain or sexual gratification. They argue that Mao’s dictatorial streak can be traced back to the 1920s and that 70 million Chinese would eventually die because of his reckless policies. Mao’s ‘common touch’ with the people was a myth, they assert, claiming he travelled stretches of the Long March on a sedan chair carried by Red Army soldiers. His political and military successes were either propaganda-driven lies or fortuitous turns of luck. For example, Chang and Halliday suggest Mao’s Red Army only survived the Long March because Jiang Jieshi wanted them to. Other historians have criticised Mao: the Unknown Story for being a poorly researched, Mao-hating polemic, driven by Chang’s own personal animus. It quotes unreliable sources in some places and no sources at all in others. It also makes sweeping statements and uncorroborated conclusions about Mao and his personality. Despite its obvious agenda, Mao: the Unknown Story does provide a stark contrast to earlier histories, which paint Mao as a misguided figure rather than a true dictator.

“Mao Tse-tung [Mao Zedong], who for decades held absolute power over the lives of one-quarter of the world’s population, was responsible for well over 70 million deaths in peacetime, more than any other 20th-century leader.”

“Mao claimed later that when he was a boy in Shaoshan he had been stirred by concern for poor peasants. There is no evidence for this. He said he had been influenced by a certain P’ang, who had been arrested and beheaded after leading a local peasant revolt, but an exhaustive search by Party historians for this hero has failed to turn up any trace of him. There is no sign that Mao derived from his peasant roots any social concerns or sense of injustice. Mao evinced no particular sympathy for peasants.”

“This charge – that Mao and the other leaders had ‘sat in sedan chairs’ all through the [Long] March – was the sorest issue of them all… The soldiers were told that ‘the leaders have a very hard life. Although they don’t walk, nor carry loads, their brains and everything have it much rougher than we do.”

“When he launched the [Great Leap Forward] in May 1958, Mao plunged Peng [Dehuai] and some 1,500 senior army officers into daily criticism and self-criticism meetings, at which they were made to attack each other for weeks on end. Such sessions, which had become a Maoist staple since the Yan’an Terror, were full of bitter character assassination and were emotionally utterly draining.”

“In June [1966], Mao intensified the terrorisation of society. He picked at his first instrument of terror young people in schools and universities, the natural hotbeds for activists. These students were told to condemn their teachers and those in charge of education for poisoning their heads with ‘bourgeois ideas’ – and for persecuting them with exams, which were henceforth abolished.”

“To spread terror deeper and closer to home, Mao got the young thugs to make violent raids on victims selected by the state.”