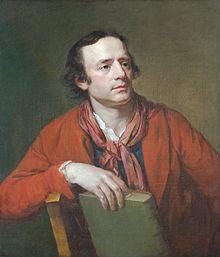 Isaac Barré (1726-1802) was an Anglo-Irish soldier, parliamentarian and advocate of the rights of colonial Americans. Born in Dublin, Barré served in Canada during the French and Indian War, before returning to Britain and entering parliament. His war service in America, along with his numerous American contacts, meant that Barré was better informed about the colonies than most of his fellow parliamentarians. Within the House of Commons, Barré was aligned with William Pitt, and like Pitt, he became a vigorous critic of Tory colonial policy. In 1765 Barré spoke against the proposed Stamp act, famously describing those who opposed it as “these Sons of Liberty”. He later worked to secure the repeal of the Stamp Act and opposed the Declaratory Act that replaced it. In 1769 Barré argued that Britain would lose her American colonies if the government persisted with its revenue seeking policies. He also predicted a British defeat in the Revolutionary War, arguing that America could not be subjugated and driven to loyalty by force of arms. Barré, like Pitt and Edmund Burke, became a hero in absentia to the American revolutionaries.