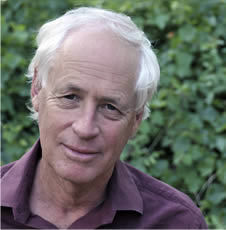 Ray Raphael is a prolific American historian of the modern era.

Raised in New York City, Raphael graduated from high school and transferred to the west coast, studying at Reed College, Oregon and Berkeley in California. He was active in the civil rights movement during the 1960s and later became a teacher.

Raphael was strongly interested in how histories of the American Revolution stereotyped and generalised popular unrest, so decided to investigate further. His first book on the subject, The First American Revolution, was a close examination of how British authority was challenged, weakened and eventually dismantled in parts of rural Massachusetts through the middle of 1774 – a year before the first shots were fired at Lexington and two years before the Declaration of Independence.

Challenging the prevailing view that the American Revolution was born on the streets of Boston and New York, Raphael’s research uncovered a more locally-based and decentralised revolution, driven by discontent and popular action around rural New England.

Like his contemporaries Howard Zinn and Gary B. Nash, Raphael’s histories have focused on grassroots revolutionary sentiment and organisation – though he also gives ample attention to the revolutionary elites.

Raphael also has a keen interest in deconstructing the myths of the American Revolution. According to Raphael, a lot of the stories now repeated as fact were actually the flowery concoctions of 19th-century writers, men less concerned with historical accuracy than using patriotic sentiment to sell books. Over time, many of the anecdotes advanced by these 19th-century writers – verbatim reports of Patrick Henry’s fiery speeches, the deathly winter at Valley Forge and Paul Revere’s midnight ride – have all hardened into accepted realities about the revolution.

Raphael’s Founding Myths is an essential read for anyone wanting to discover how these stories have hijacked the history – and thus the true meaning – of the American Revolution.

“Our story is simple yet grand. Its plotline is easy to follow: American colonies resisted British oppression, fought a war, achieved independence and established their own government. Within this straightforward structure we can embellish as we please, but the storyline is clean and efficient.”

“Stories of the American Revolution were first communicated by word of mouth, and these folkloric renditions, infinitely malleable, provided fertile grounds for the invention of history.”

“Fiction parted from fact at the very beginning. Shortly after the Revolutionary War, Charles Thomson, secretary of the Continental Congress, embarked on writing a history of the conflict. Privy to insider information, Thomson had much to reveal – but then, surprisingly, he gave the history up. ‘I shall not undeceive future generations’, he later explained. ‘I could not tell the truth without giving great offence. Let the world admire our patriots and heroes.'”

“On the eve of the Revolutionary War, 95 per cent of the inhabitants of Massachusetts lived outside Boston. Few of these people were involved in the Stamp Act protests, the Boston Massacre of the Boston Tea Party… For the most part they focused on personal and parochial concerns.”

“Starting in 1765, townspeople began to take more note of issues extending beyond their own parochial spheres. Provincial and imperial politics, once left to the elite, would soon be debated by yeomen and artisans in each and every meeting house in the colony.”

“The Boston Tea Party is now an iconic event suffused with myth, but below the surface is the story of a true act of revolution, carried out in a context of power politics, with surprising parallels in the modern era. Revolutionary-era Americans, though, didn’t celebrate the event.”

“For a half-century, Americans shunned the tale and certainly did not call it a tea party. At first, they didn’t dare. Anyone who had anything to do with the event could face prosecution, or at least a lawsuit.”

“Partly because source material is so skewed, a sort of urban chauvinism has left its mark on the telling of the American Revolution… The standard textbook definition goes something like this: To punish Bostonians for the Tea Party, the British government passed the Coercive Acts… People outside the town responded by coming to the aid of their beleaguered compatriots. The American Revolution thereby sounds like a philanthropic note: Colonists outside of Boston acted from the goodness of their hearts.”

“How strange that Shays’ Rebellion, which failed, has received so much scholarly attention, while the 1774 overthrow [of British authority in rural Massachusetts], which succeeded, has been so neglected.”

“By the early 19th century, writers who looked to the Revolutionary War to inspire a new wave of patriotism developed a storyline that transformed the troubled winter at Valley Forge into a source of pride. Soldiers had endured their sufferings without complaint, drilled obediently under the instructions of Baron Von Steuben, and emerged strong and ready to fight… If Valley Forge was the low point of the war, the story went, it was also the turning point. After that, things got better.”

“The myth of the patriotic slave is not far removed from that of the happy slave.”